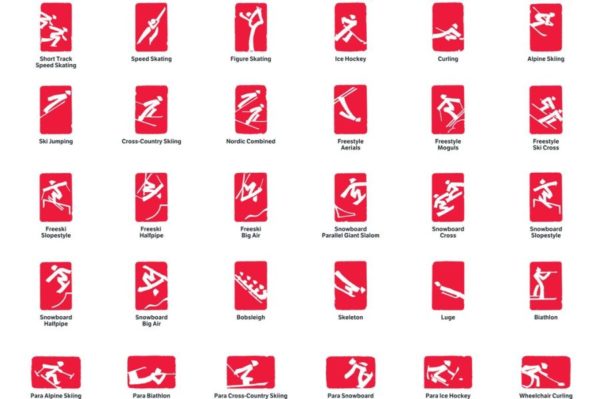 Subtle timing. The organisers of the Beijing 2022 Winter Games used the final hours before the New Year’s Eve on Thursday, December 31, to officially unveil the 24 pictograms created for the Olympic and Paralympic event. They did so on a TV show dedicated to the countdown to the New Year. The pictograms are inspired by the traditional art of Chinese seal engraving. They illustrate each of the disciplines of the seven Olympic winter sports. However, freestyle skiing and snowboarding are given six and five icons, respectively, due to the differences in equipment and slopes specific to these disciplines. In addition, six symbols identify the sports included in the program of the Paralympic Games. According to the organisers, the marked contrast between the red background and the white lines underlines “the grace and dynamism of winter sports, while providing a festive touch to the Games which will echo the Chinese New Year of 2022”. They were designed in accordance with the style of the emblems of the 2022 Games and, like the latter, are signed by the group led by Lin Cunzhen, associate professor at the Central Academy of Fine Arts of China.