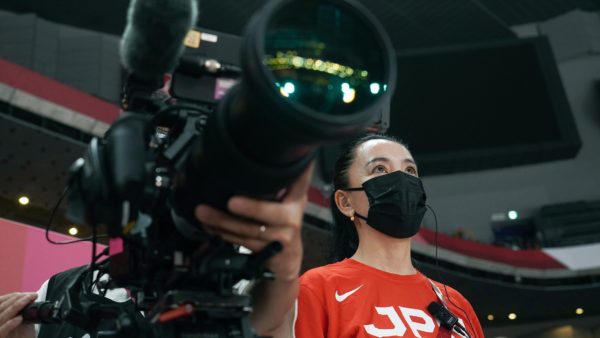 Nice recognition. The official film of the Tokyo 2020 Olympic Games has been selected for the upcoming Cannes Film Festival (17-28 May 2022). The world premiere of this feature film directed by Japanese director Naomi Kawase (pictured above) will take place during the annual film festival, at the same time as the screening of “Visions of Eight” from the 1972 Munich Games, in the “Cannes Classics” selection. The Tokyo Games film will be shown in two parts, one describing the event through the eyes of the athletes (side A), the other offering a viewpoint of the staff and volunteers (side B). The first part, lasting 1 hour and 59 minutes, will have its world premiere at the Cannes Film Festival on 25 May, while the “B side” will be broadcast internationally in June. The IOC explained in a statement that the hundreds of hours of footage in the official film were recorded over a two-year period, documenting the build-up to the Games and culminating in the postponement of the event. Naomi Kawase was the youngest director to win the Golden Camera for Best First Film at the Cannes Film Festival with her 1997 feature “Suzaku”. She is also the first Japanese woman to be named a UNESCO Goodwill Ambassador in recognition of her film work.