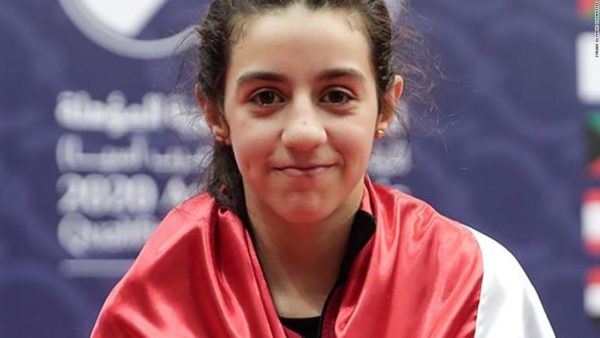 The women’s singles table tennis tournament, which will begin on Saturday, July 24th, will be a landmark event. Among the participants are the youngest and oldest female table tennis player in Olympic history. The Syrian Hend Zaza (photo above) will be only 12 years and 204 days old at the time of the beginning of the competition. On the other hand, Luxembourg’s Ni Xia Lian will be 58 years and 20 days old. The two players will beat the two age records in Tokyo, first established at the Sydney Games in 2000 by the Fijian Sally Yee for precocity (15 years and 118 days old), and the Spaniard Zhiwen He for longevity (54 years and 68 days old). Hend Zaza is also the youngest competitor of the Tokyo 2020 Games, all sports combined, and the youngest engaged since the Barcelona Games in 1992, where the Spanish Carlos Front had taken part in the rowing events as a coxswain (he was only 11 years old). During the same Games, the Hungarian swimmer Judit Kiss was engaged, being only 12 years old.