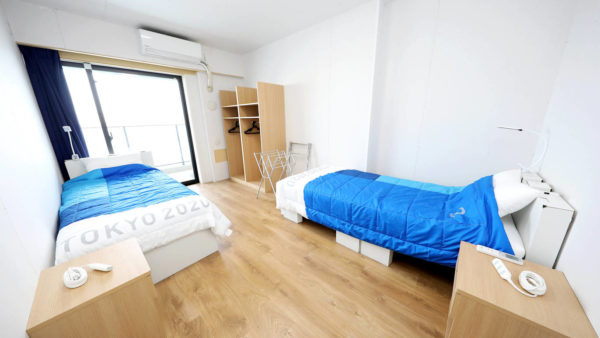 A breach in the sanitary protocol? For sure. Nine Israeli athletes posted a video on social media displaying their – successful – attempt to pull a bed to pieces in a room of the Olympic village. The images show an athlete from the Israeli delegation, then two, three, and finally nine, jumping on the bed until it crumbles. The video was posted earlier this week by Ben Wanger, a baseball team member, on his TikTok and Twitter accounts. It quickly went viral, before being removed at the request of the Israeli Olympic Committee. According to the manufacturer, the company Airweave, the recycled cardboard beds of the athletes’ village were designed to withstand 200 kilos. The Kyodo News agency reports that the video has caused a torrent of reactions in Japan, mostly hostile. In the Olympic village, the Irish gymnast Rhys McClenaghan tried to test the strength of the furniture himself. He jumped on the bed, without being able to break it. His video, where he assures that the Israelis revealed a “fake news”, was viewed more than 3,8 million times.