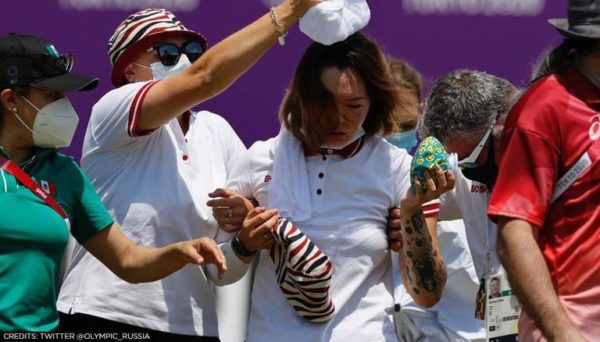 The sanitary crisis had relegated it to the background, to the point of forgetting the risks, but the heat can also affect the Olympic events. Proof was brought even before the opening ceremony, on Friday, July 23rd, during the archery qualifications. The Russian Svetlana Gomboeva lost consciousness during the event. Her coach, Stanislav Popov, then confirmed that she had been a victim of a malaise at the end of the qualifications. “She could not stand a whole session in the heat and humidity,” he explained. Temperatures in Tokyo were above 30 degrees at the time of the competition.