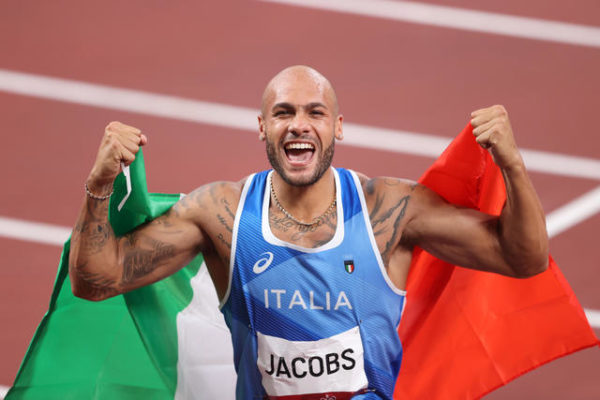 Lamont Marcell Jacobs created one of the biggest sensations of the Tokyo Games on Sunday, August 1st, at the Olympic Stadium when he became the first Italian to be crowned in the men’s 100m. When the result was announced, many people wondered how this little-known athlete could have achieved such an exploit. The new world sprint master explained after his victory that his progress over the past year was related to his family. “I was born in Texas, but I was only there for six months before my parents split up and I came to Italy,” he told Gazzetta dello Sport. “I didn’t hear from my father again until a year ago, when I decided to work with a mental trainer. She told me that in order to run fast, I had to reconnect with the father I had never known. This reconciliation gave me something more, which helped me in the last days. But I never met him in person, we write and talk”. Lamont Marcell Jacobs, who never won any medal in a major championship before, won the Olympic title and broke the European record (9 sec 80) on Sunday. No other athlete, except Usain Bolt, has ever run so fast to become Olympic 100m champion.