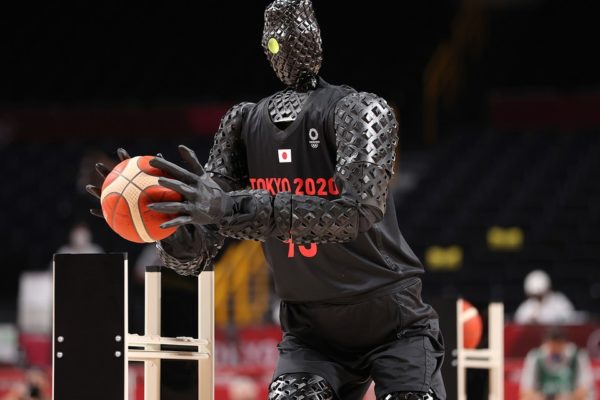 The Japanese announced that the Tokyo Games would be a showcase for their technological advances. The sanitary crisis has put some projects and innovations on hold, but a robot caused a sensation in Saitama, site of the Olympic basketball tournament. Strangely named CUE, this humanoid developed by the Toyota Group is 2.11m tall. Its first version was launched in 2017, after a trial period in which CUE took nearly 200,000 shots. The robot is equipped with artificial intelligence and moves on two wheels. It is able to detect the distance and angle of the basket thanks to sensors on its torso and feet. The result is astounding: the robot developed by Toyota does not miss a single shot, whether it is a three-pointer, a free throw or a mid-range shot.