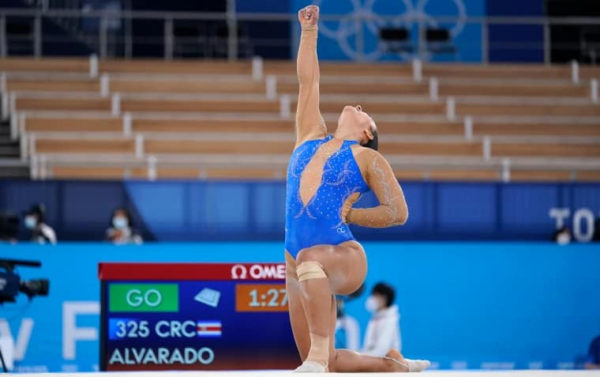 At 18 years old, Luciana Alvarado did not seem destined to be noticed at the Tokyo Games. The representative of Costa Rica is of course the first athlete of her country to take part in the Olympics’ gymnastics events. But her performance did not allow her to reach the finals. The young athlete nevertheless made a splash by putting a knee on the ground and raising her fist to the sky at the end of her floor exercise. When asked why she did it, Luciana Alvarado told the Associated Press that she wanted to express her support for the Black Lives Matter movement. “We are all the same. We are all beautiful and amazing,” she explained in the mixed zone. Luciana Alvarado is not the first athlete to express a political, racial or religious opinion since the Tokyo Games began. The players of several soccer teams (United States, Great Britain, Chile, Sweden, New Zealand) put a knee on the ground, on the field, before the beginning of their games. But the Costa Rican gymnast is undoubtedly the most unexpected.