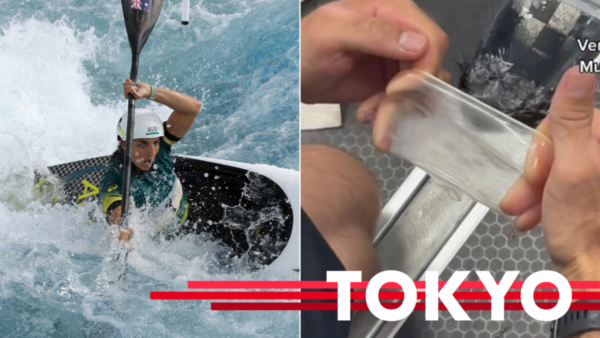 These were not the first Olympic Games for Jessica Fox. Since London 2012, the Australian has won four medals in canoe slalom. The last one on Thursday, July 29th, in single canoe (C1), a new women’s event on the Olympic program. But she had never before used a condom to repair her equipment in the middle of a competition. The Australian posted a short video on her TikTok account, where she shows how she attaches a piece of carbon of her canoe, using a condom distributed in the athletes’ village by the organizing committee. “I bet you didn’t know that condoms could be used to repair kayaks,” Fox captioned her video, which has already been viewed more than 60,000 times. To maintain a tradition started at the Seoul Games in 1988, the organizing committee distributed about 150,000 condoms in the athletes’ village. But they left a note with its delivery, recommending the competitors not to use them during the Games, in order to guarantee a “safe and secure” event, and bring them home instead.