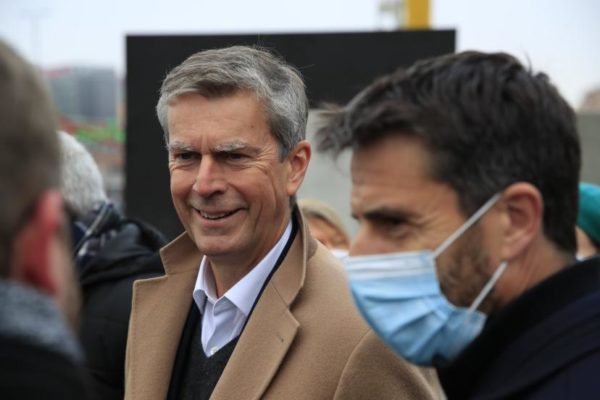 It is time for the Paris 2024 OCOG to make savings. Taking advantage of the visit of the IOC Coordination Commission, led by the Belgian Pierre-Olivier Beckers (photo above), the French Minister for Sport and the Olympic and Paralympic Games, Amélie Oudéa-Castéra, asked the body on Tuesday 30 August to “revise the specifications downwards a little”. This is a statement that has been made several times since the beginning of the conflict in Ukraine, notably by Tony Estanguet, the president of the OCOG. With less than two years to go before the opening of the Games, the Paris organisers are having to juggle with inflation and the risk of budget overruns. They are appealing to the IOC to reduce the level of requirements in certain areas of the organisation. “We will have to deal with the adverse effects of inflation,” the minister told the members of the Coordination Commission meeting at the OCOG headquarters in Saint-Denis. We will sometimes have to discuss certain specifications with you and see if it is reasonable to lower them a little. Moderate all forms of costs and be on the lookout for “waste“. There is no room for bureaucracy, there is no room for unnecessary coordination costs. Sometimes we may have to work on optimisations, and sometimes on optimisations of lower revenues. Tony Estanguet, who is also determined to obtain a reduction in the IOC’s specifications, sounded the same note. In the current context, with the health, economic and geopolitical crises that have followed one another for two years, “keeping up the level of ambition until the end will be a real challenge,” he warned on Tuesday 30 August. We are going to need your help to find new sources of optimisation and to go even further in making savings.” How? A mystery. But Pierre-Olivier Beckers promised before the OCOG and representatives of the public authorities, including the new Paris police prefect, Laurent Nunez: “We need to work even more closely than ever. The visit of the IOC Coordination Commission ends on Wednesday 31 August.”