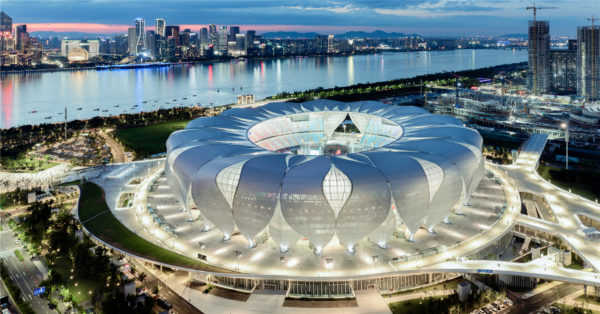 It is official: athletes from Oceania will be invited to participate in the 2022 Asian Games in Hangzhou, China. The Association of Asian Olympic Committees (OCA), meeting in Dubai, approved the proposal. The participation of non-Asian competitors will be a first for the Asian Summer Games, but the experiment was tried in 2017 during the winter version of the continental multi-sport event in Sapporo, Japan, with Australian and New Zealand representatives. Note: the Oceanian contingent cannot exceed 300 athletes, competing in only five sports (triathlon, athletics, wushu, rollerblading and weightlifting). In case of victory, or a place in the top three, the invited athletes will not be able to receive an official medal. They will receive a more honorary award in recognition of their performance. Their results will also not be counted in the final medal count. According to the OCA, six of the 17 Oceania National Olympic Committees have already started the application process for the 2022 Asian Games in Hangzhou. The OCA has also announced that the process will be repeated at the Asian Indoor and Martial Arts Games in Thailand in 2023.