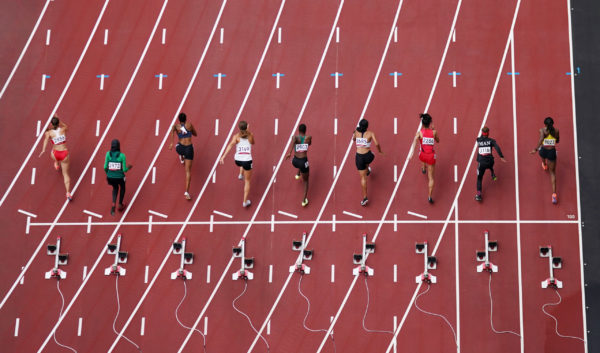 This is a smashing start for the athletics competitions at the Tokyo Games. No less than six athletes ran the women’s 100m in less than 11 seconds during the first round of the event, held this Friday morning. This first round was marked by an African record (Marie-Josée Ta Lou from Ivory Coast in 10 sec 78) and two Swiss records. Proof of the quality of Tokyo’s Olympic stadium track, specifically built for the Games on the same ground where the enclosure of the 1964 Tokyo Olympics had been built. Before the Olympic events, the track had been only used on rare occasions, including a World Athletics’ Continental Tour stage. But travel restrictions imposed by the Japanese authorities had reduced foreign participation to a few athletes, including American sprinter Justin Gatlin.