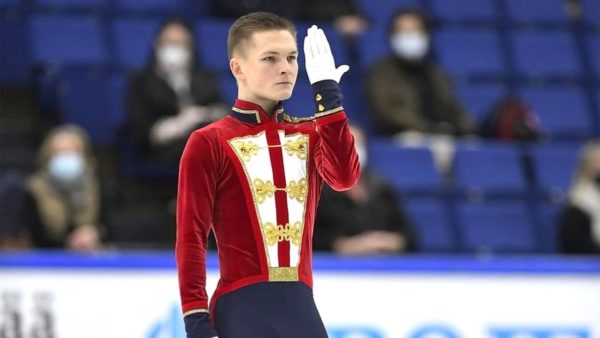 Predictably, COVID is causing havoc with foreign delegations ahead of the start of the Beijing Winter Games (4-20 February). The Norwegian Ski Federation announced that all members of the men’s cross-country skiing team had isolated themselves before flying to the Chinese capital. The reason for this was the discovery of a positive case among the coaching staff. The coach of the sprint team, Arild Monsen, tested positive for COVID-19 after returning to Norway from the Italian resort of Seiser Alm. All eight members of the Norwegian cross-country ski team were considered contact cases. They have been placed in isolation and their departure for Beijing has been delayed. Initially scheduled for Thursday 27 January, it has been postponed until next Monday. The cross-country skiing events are due to start on Sunday 6 February. The Russian Olympic Committee (ROC) team of athletes has also been affected by the virus. But the consequence is more immediate. One of its figure skaters, Mikhail Kolyada (pictured above), has been withdrawn from the selection list after testing positive. He was due to attend the last preparation camp before leaving for Beijing. Mikhail Kolyada, the only member of the Russian trio competing in the men’s event who had already participated in the Games, was replaced by Evgeni Semenenko. Another Russian selection, Nikita Tregubov, silver medallist in skeleton at the 2018 PyeongChang Games, could suffer the same fate. His coach, Danil Chaban, told RIA Novosti that the athlete tested positive at a recent training camp in Sochi. He is scheduled to fly to Beijing on 31 January.