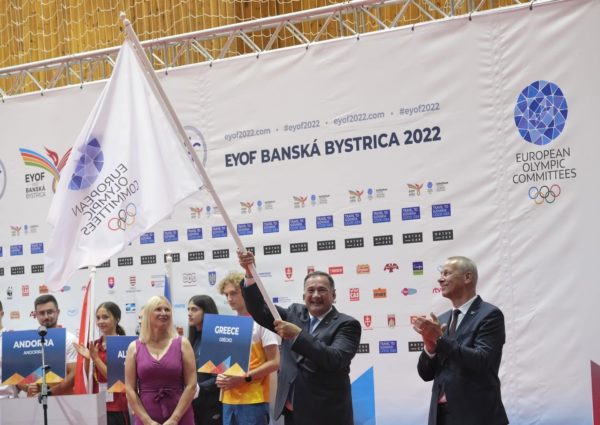 The 2022 edition of the European Youth Olympic Festival (EYOF) has come to an end. The continental event closed on Saturday 30 July in Banská Bystrica, Slovakia, after seven days of a competition that will be remembered as the first in history to have achieved parity (1,128 girls and 1,126 boys). EYOWF 2022 broke audience records, with 93,000 hours of live streaming on the Association of European Olympic Committees (EOC) streaming platform, with more than 130,000 unique viewers and over 700,000 views. On the sporting front, the EYOF 2022 was marked by several firsts. Malta, one of the smallest states in Europe, won its first medal at EYOWF, in bronze, thanks to athlete Matthew Galea in the 400m. In badminton, the Danish Salomon Thomasen and the Finnish Nella Nyqvist, who won the singles title, qualified for the 2023 European Games in Krakow and Malopolska.