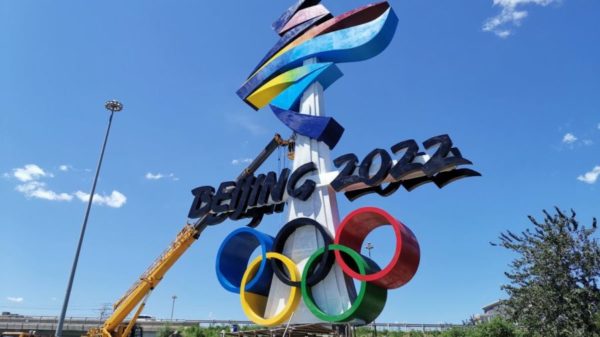 With just one month to go before the opening of the Beijing 2022 Winter Games (4 to 20 February), Chinese organisers have ticked another box in their preparations for the event. The Beijing Medal Plaza is now ready for use after a final rehearsal on Monday 3 January. A temporary outdoor venue for the Beijing Games, it is located in the heart of the Olympic Park, equidistant between the National Stadium (Bird’s Nest) and the National Aquatic Centre (Ice Cube). As is customary, a first bouquet ceremony will be held at the competition venue, followed on the same day or the next day by the official medal ceremony in Beijing. The Medal Plaza will be open for 14 days, from 6 to 19 February 2022. It will be the setting for the medal ceremonies of 32 events in the Beijing competition area. A second medal square is planned in Zhangjiakou, one of the three clusters of the Beijing 2022 Games.