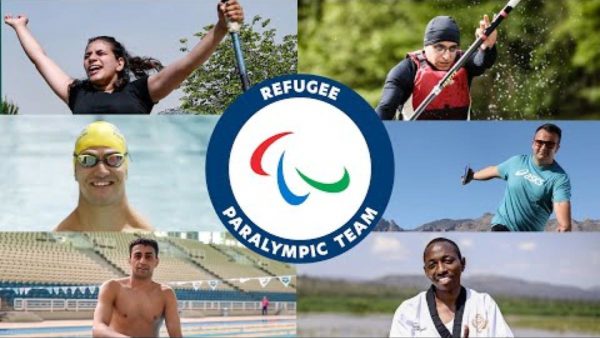 The International Paralympic Committee (IPC) is following in the footsteps of the IOC. On Wednesday, June 30th, the body chaired by Brazilian Andrew Parsons announced the composition of its first team of refugees. Six athletes – five men and one woman – have been selected to represent the Refugee Paralympic Team (RPT) at the Tokyo 2020 Games. They will compete in four different sports. The team includes swimmers Ibrahim Al Hussein, a Syrian based in Greece, and Abbas Karimi, an Afghan living in the United States; athletes Alia Issa, a Syrian refugee in Greece, and Shahrad Nasajpour, an Iranian exiled in the United States; Anas Al Khalifa, a Syrian canoeist living in Germany; and Parfait Hakizimana, a Burundian taekwondo player living in Mahama camp in Rwanda. The Paralympic refugee team will compete at the Tokyo Games under the IPC banner. It will be led by Cuban Ileana Rodriguez, a refugee who competed for the United States at the 2012 London Games in swimming. This delegation will be the first to enter the stadium on the evening of the closing ceremony, Tuesday, August 24th, during the parade. The first refugee team competed at the Rio Paralympics in 2016, but it included only two athletes, from Syria and Iran respectively.