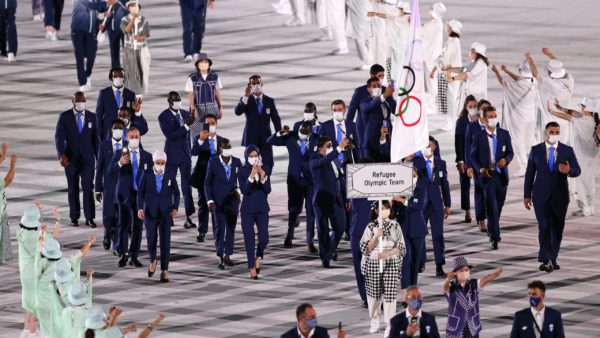 With less than 800 days to go until the next Summer Games, the IOC on Thursday (16 June) unveiled the list of 44 athletes who have been awarded an Olympic scholarship for refugee athletes. The scholarships are intended to help them train for possible selection for the Olympic refugee team at the Paris 2024 Games. The 44 athletes selected by the IOC represent 12 sports. They come from 12 countries, and are currently hosted by 16 National Olympic Committees on five continents (Australia, Austria, Brazil, Canada, Germany, Great Britain, Israel, Jordan, Kenya, the Netherlands, New Zealand, Portugal, Switzerland, Turkey, the United States and Uruguay). Twenty-three of them were already members of the Olympic refugee team at the Rio 2016 and/or Tokyo 2020 Games. Three others are newcomers to the programme. The scholarships are fully funded by the IOC through Olympic Solidarity. Three of the selected athletes – badminton player Aram Mahmoud, weightlifter Cyrille Tchatchet and marathon runner Tesfay Felfele – have been awarded transitional scholarships as a result of their successful or pending application for naturalisation to their respective host countries. The 44 scholarship recipients are from Afghanistan, Cameroon, Congo, Democratic Republic of Congo, Eritrea, Ethiopia, Islamic Republic of Iran, Iraq, Sudan, South Sudan, Syria and Venezuela. They compete in athletics, badminton, boxing, canoeing, cycling, weightlifting, judo, karate, wrestling, swimming, taekwondo and shooting. The refugee Olympic team for the Paris Games will be announced in 2024.