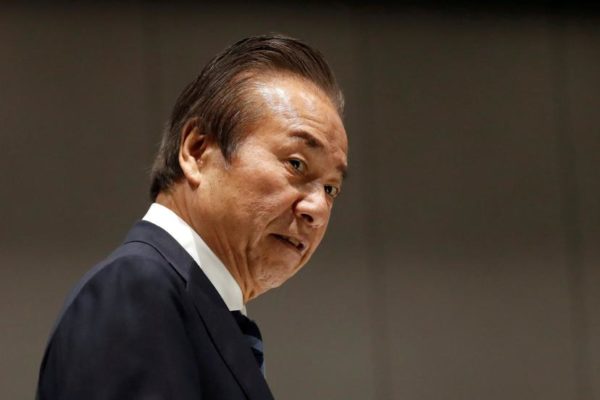 Charges are piling up in Japan’s Tokyo 2020 corruption scandal. A new arrest warrant, the third, was issued on Tuesday 27 September for Haruyuki Takahashi (pictured above), the former head of the Dentsu group and a member of the Tokyo 2020 board. This time, the facts do not directly concern one of the national sponsors of the Games, but an advertising agency involved in the selection of private partners. According to sources close to the investigation, Haruyuki Takahashi and one of his acquaintances are suspected of having received 15 million yen ($104,000) in bribes from Daiko Advertising, an agency based in Osaka. In exchange for the money, the two men allegedly used their influence to get the advertising agency to broker a partnership deal between Tokyo 2020 and a Japanese company specialising in English language learning, which became a partner of the Games in September 2018. The police also arrested the head of the Daiko agency, Yoshikazu Taniguchi, on Tuesday 27 September. His home was searched. Haruyuki Takahashi had already been charged twice, since the beginning of the investigation, for suspected corruption involving two partners of the Tokyo Games: the men’s clothing brand Aoki and the publishing house Kadokawa. According to other sources close to the investigation, Haruyuki Takahashi continues to deny all allegations, including the latest one involving Daiko. Prosecutors are also investigating whether he pressured the organising committee to select Sun Arrow, a plush toy manufacturer, as a partner. This Japanese company, which already made the plush mascots at the 1998 Nagano Winter Games, allegedly paid Haruyuki Takahashi about 8 million yen.