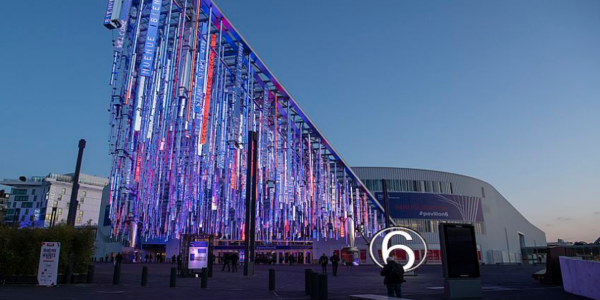 After shooting, basketball? A second competition venue is disturbing the sleep of the Paris 2024 Games organisers. Hall 6 of the Porte de Versailles Exhibition Centre, south of Paris, chosen by the OCOG for the preliminary round of basketball, is far from being unanimously approved. Two French players, not the least of them, did not hesitate to criticise the organisers’ choice on social networks. Evan Fournier, Olympic vice-champion with the French team at the Tokyo Games, posted a blunt message on his Twitter account: “How can we accept seeing basketball, the most popular sport at the Olympics, being sent to the exhibition park? Ceiling too low, room not suitable. @Jpsiutat we can’t let this go!!! I think I’m dreaming!” The New York Knicks guard appealed to the president of the French Basketball Federation, Jean-Pierre Siutat. He accompanied his message with two images, one of which showed the hall in question occupied by a donkey, in reference to the use of the site every year for the Salon de l’Agriculture. The captain of the French team, Nicolas Batum, followed suit. “Are you really going to let the best sports team in the event play here? I don’t know who’s in charge, but you have to do better for basketball! “, tweeted the Los Angeles Clippers player. Basketball was originally scheduled to be played at Bercy and the Porte de la Chapelle Arena in northern Paris. But in its new venue map, revised at the end of 2020, the OCOG has revised its plans. The preliminary basketball tournament ended up in Hall 6 of the Parc des Expositions, with the finals now scheduled for Bercy. Problem: the hall in question does not really meet FIBA’s expectations. Its pillars could affect the quality of the broadcasts, the height under the ceiling is judged insufficient (9 meters), the air-conditioning raises questions. Finally, the court would not be overlooked by the usual central block displaying the score and statistics. Faced with the criticism, the OCOG tried to be reassuring. “We have been talking to FIBA for several months now to find technical solutions and to meet the specifications and expectations of FIBA,” said the organisers. A new meeting with a delegation from the international body is scheduled for next week.