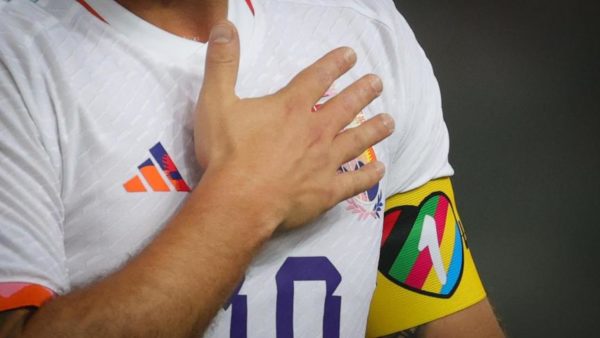 The case seemed to be closed and the file put away. But FIFA’s ban on inclusive “One Love” armbands at the 2022 World Cup in Qatar is still making waves. The captains of the seven European teams who were planning to wear them have all given up after the international body threatened them with a yellow card. But the German Football Association (DFB) has announced that it is examining possible appeals against FIFA’s decision. Its spokesperson told German news agency SID: “FIFA banned us from displaying a sign for diversity and human rights. It has issued massive threats of sporting sanctions, but they have not been carried out.” The German daily Bild reports that the DFB may take the matter to the Court of Arbitration for Sport (CAS). For his part, US Secretary of State Antony Blinken added his voice to the debate, unsurprisingly siding with the European federations. “It is extremely worrying to see any restriction on freedom of expression, especially when it comes to speaking out about diversity,” he suggested at a press conference in Doha. The US chief diplomat added that “no one on the football field should have to choose between playing and defending their values“.