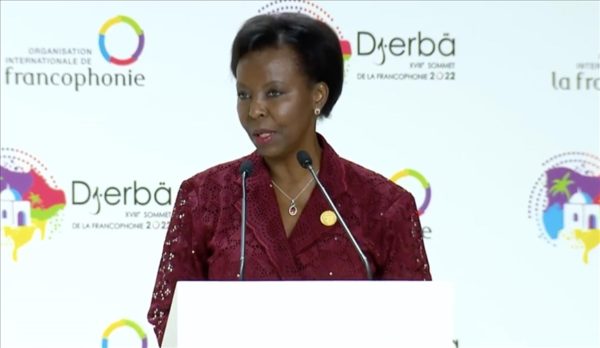 The Games of La Francophonie will indeed take place next year in Kinshasa, DRC. And they will be held on the dates scheduled (28 July to 6 August 2023). The refrain is well known, the Congolese organisers have been singing it for months. But a voice has just joined in the same promise. The secretary general of the International Organisation of the Francophonie (OIF), Louise Mushikiwabo (pictured above), assured the audience last week in Djerba, on the occasion of the Francophonie Summit, that the sporting and cultural event was not under threat. “At the moment, there is still a delay in the preparation,” she conceded. “And we are still waiting for the Democratic Republic of Congo to complete the necessary conditions. But they have made a lot of progress recently. They have sent the required documents.” The Games will be held in 2023. Zeina Mina, the director general of the International Committee of the Games of La Francophonie (CIJF), is currently analysing with her team the documents requested from the organising committee on the preparation of the Games, notably in terms of transport, catering, security, equipment and accommodation. She is due to move to Kinshasa at the beginning of next year to monitor the final preparations for the event on a daily basis.