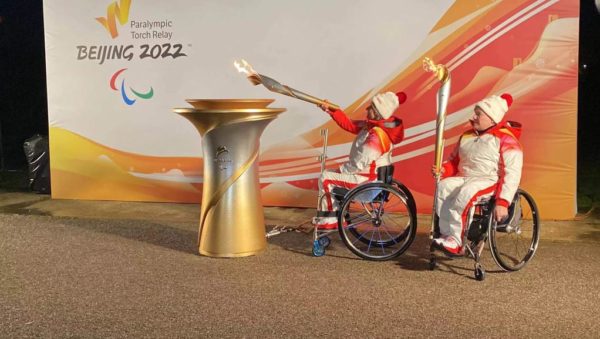 It’s done. With four days to go before the opening, the flame of the Paralympic Games was lit on Monday 28 February in the town of Stoke Mandeville, in Great Britain, the cradle of the Paralympic movement. A few hundred guests attended the ceremony in this large village about 80 km northwest of London. Two British Paralympians, Angie Malone and Aileen Neilson, lit the torch. The flame will now travel to China, where a welcoming ceremony is scheduled for Tuesday 2 March at the Temple of Heaven in Beijing. The torch lit in England will be reinforced by flames from eight different locations in the 2022 Winter Games competition areas of Beijing, Yanqing and Zhangjiakou. The opening ceremony of the Paralympic Games is scheduled to take place on 4 March at the Bird’s Nest in the Chinese capital.