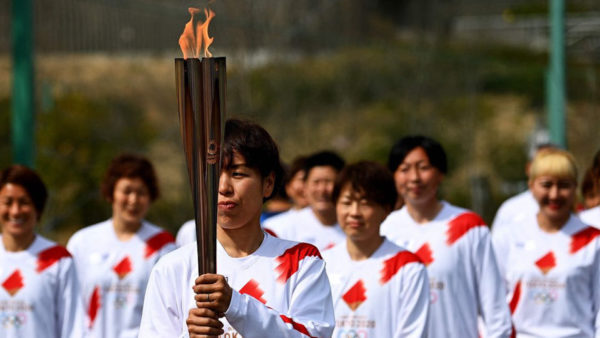 Two weeks and a few hours before the opening ceremony, the Olympic flame started its journey in Tokyo, this Friday, July 9th. The last step, the longest, of a travel initiated on March 25th in the prefecture of Fukushima. The torch relay will unsurprisingly avoid public roads in the capital, except for the small islands, the least inhabited zones of the Greater Tokyo Area. For this first day, the flame was lit during a ceremony organized with a few people only in the Setagaya district. Later in the day, another ceremony is planned in Machida. But only the torchbearers and the staff of the organizing committee assigned to the relay are allowed to attend it. Since its departure on March 25th, the torch relay has gone through 46 prefectures. In more than half of them (24), it has been affected by sanitary measures. In eleven prefectures, including Osaka and Hokkaido, the torch relay took place without spectators, off public roads. In total, only 11 COVID-19 cases were recorded throughout the journey in four prefectures, including one police officer in charge of traffic diversion.