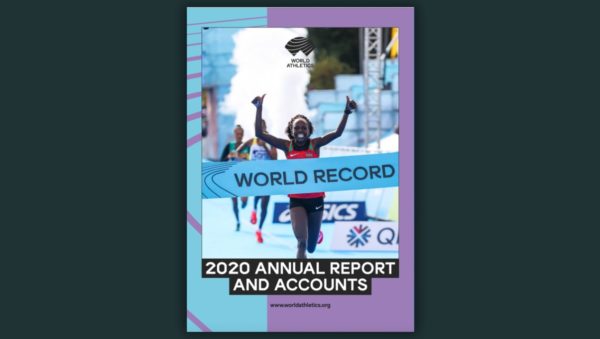 The season is coming to an end for international athletics. World Athletics took the opportunity to publish its annual accounts. The Monaco-based body unveiled its financial report for the year 2020 via a press release. It should have marked the beginning of a new four-year funding cycle, linked mainly to the IOC’s allocation, but the postponement of the Tokyo Games has put the cycle back by one year. World Athletics explained that the very special situation last year led it to focus on protecting its revenues and reducing expenses. The strategy paid off, with cash reserves up to 17% (US$40 million). Expenses decreased by 38% from 67.8 million in 2019 to 41.7 million in 2020. This was achieved in part through a reduction in competition-related expenses (-49%), lower subsidies to continental associations and national federations (-48%), short-time working for some staff, and a massive reduction in non-event-related travel costs (-85%). The result: a turnover down by only 13% (44.2 million dollars in 2020, compared to 51.1 million a year earlier). World Athletics explained: “Maintaining broadcast and commercial rights revenue, thanks to the postponement (and not the cancellation of events), resulted in $34.9 million in revenue in a difficult year. Revenue was also boosted by $6.8 million from the Russian Athletics Federation.” The body also notes it was able to attract three new partners in 2020 – Pinsent Masons, parkrun and Nielsen – and organised the World Half Marathon Championships in Gdynia, Poland, as well as more than 600 individual events around the world, including eight Diamond League meetings and 28 Continental Circuit stops. 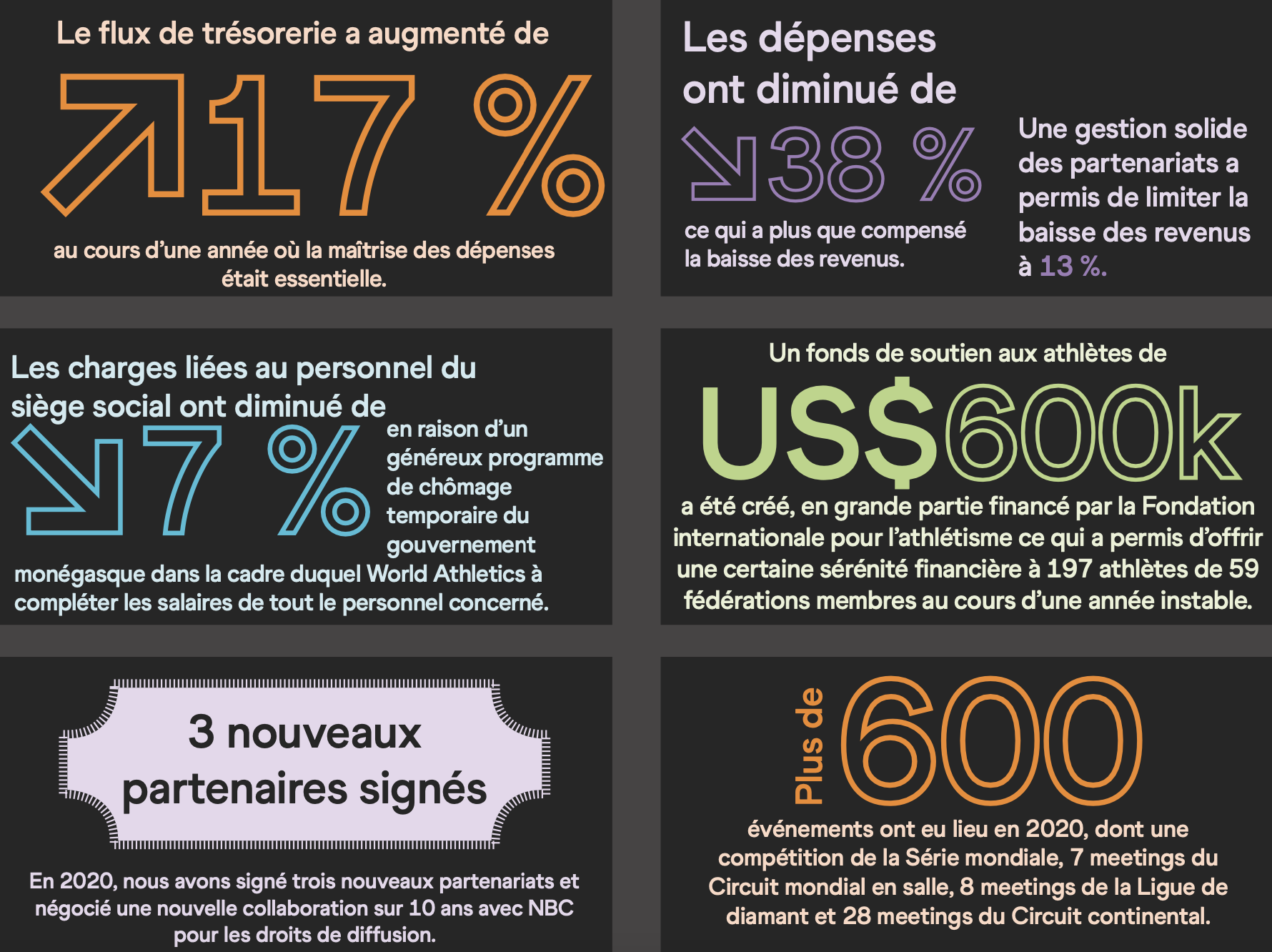