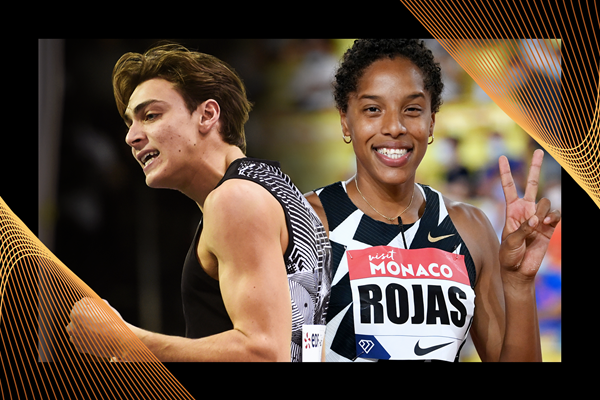 A triumph. The discipline of pole vault won almost all the trophies, Saturday, December 5, during the annual World Athletics Awards gala, organised for the first time in virtual mode. Unsurprisingly, the title of Male Athlete of the Year was awarded to Sweden’s Armand “Mondo” Duplantis, holder of two world records in pole vault in one week in February 2020 (6.17 m and 6.18 m). He ended his year without having experienced a defeat in sixteen competitions. At 21, he is the youngest athlete in history to receive such an honour. Among the women, the title of World Athlete of the Year was awarded to Venezuelan Yulimar Rojas, whose year was marked by a world indoor record in the triple jump (15.43 m), beaten in Madrid. The pole vault was also honoured in two other categories: the COVID-19 Inspiration trophy, awarded to the Ultimate Garden Clash, a remote virtual competition, based on an original idea by Renaud Lavillenie; and via the award given to Helena and Greg Duplantis, the parents of the new world record holder in the discipline, distinguished for their work as coaches. For the rest, the member federation’s trophy went to the Polish Athletics Federation, the title of Photographer of the Year went to Michael Steele, a President’s trophy went to Tommie Smith, Peter Norman and John Carlos , the three medalists over 200m at the 1968 Mexico Games. Finally, World Athletics wished to thank in its own way all athletics clubs around the world by collectively presenting them with the Athletes Community trophy.