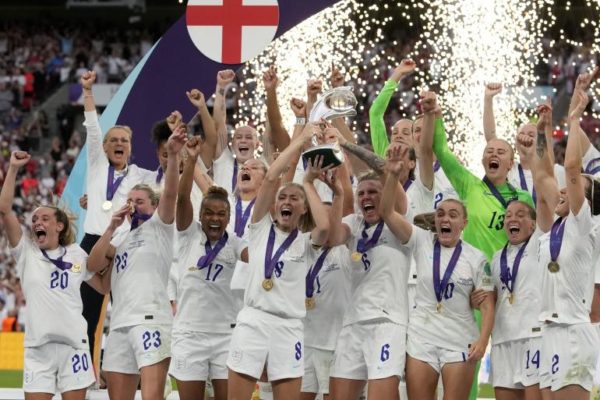 They promised it on the evening of their historic victory in the Euro 2022 final on Sunday 31 July at Wembley Stadium: women’s football will not be quite the same as before in Great Britain. On Wednesday, August 3, the 23 English players who won the European Championship took action by co-signing an open letter to the two candidates for the post of Prime Minister, Liz Truss and Rishi Sunak. “We want to create real change in this country and ask you, if you become Prime Minister on 5 September, to help us achieve that change,” they suggest in their letter. We want every girl to be able to play football in school. We have all experienced this growing up: we are often prevented from playing. The new European champions point out that only 63% of girls are currently able to play soccer in school physical education classes in Great Britain. “Women’s soccer has come a long way,” the paper continues. “But there is still a long way to go. Girls deserve to play soccer at lunchtime, in PE lessons, and they deserve to believe that they can one day play for England. We want their dreams to come true.” The two candidates to succeed Boris Johnson at 10 Downing Street, not long to respond. A speed not surprising after the popular success of the victorious course of the English team at Euro 2022. Liz Truss assured via her spokesperson that she wanted “equal access to all sports for boys and girls“, and that she would seek to understand “what prevents schools from implementing the recommended minimum of two hours of physical education per week”. Her rival, Rishi Sunak, also dipped into the trunk of promises. He explained that he would “immediately” launch a review of women’s football, to ensure that “all women and girls have the opportunity to take part in this wonderful sport“. He also announced his willingness to introduce the two-hour weekly sports rule in schools.