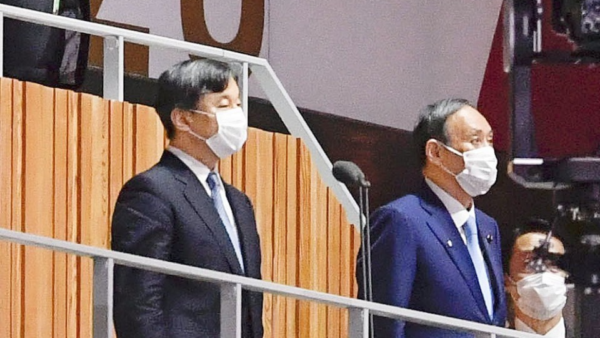 He attended the opening ceremony of the Tokyo Olympic Games on Friday, July 23rd. He will do the same for the Paralympic Games. The press agency of the Imperial Household announced it officially on Thursday, August 19th: Japanese Emperor Naruhito will be present at the Olympic Stadium on Tuesday, August 24th, for the opening ceremony of the Paralympic Games. As he did for the Olympic event, it will be his privilege to declare the Tokyo 2020 Paralympic Games open. But once again, the Emperor will travel alone, unaccompanied by Empress Masako. The rest of his Paralympic experience is likely to be more than a little limited. To date, Naruhito is not expected to attend any of the Games’ events. The same applies to all other members of the imperial family.