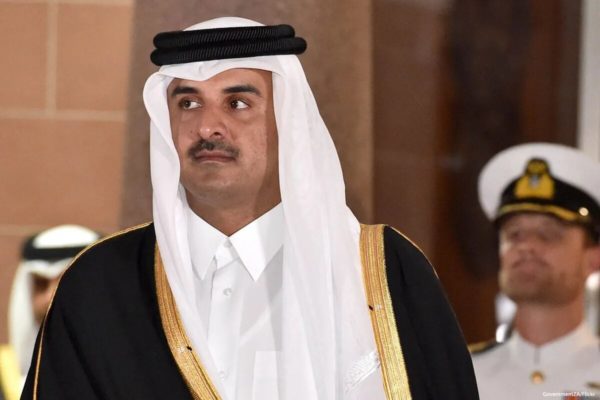 Unexpected. The Emir of Qatar, Sheikh Tamim bin Hamad al-Thani (pictured above), took advantage of the opening day of the World Economic Forum (WEF) in Davos, Switzerland, to openly attack the incessant criticism of his country’s preparations for the 2022 football World Cup. They are aimed in particular at the living and working conditions of foreign workers employed on construction sites linked to the tournament. “For decades now, the Middle East has suffered from discrimination, the Qatari leader said on Monday 23 May. Even today, there are still people who cannot accept the idea that an Arab and Muslim country can organise an event like the World Cup. These individuals, many of whom enjoy influential positions, have launched attacks of unprecedented intensity. Qatar is just like your own country… not perfect, but constantly trying to progress. We are very proud of the development, reforms and progress we have made, and we are grateful for the spotlight the World Cup has given us.” As the tournament approaches, criticism from international NGOs is mounting, often pointing the finger at FIFA’s role. Last week, Amnesty International called on FIFA to pay at least $440 million in compensation to “abused” workers on the 2022 World Cup sites, a sum that corresponds to the amount of the bonuses that the qualified teams will share.