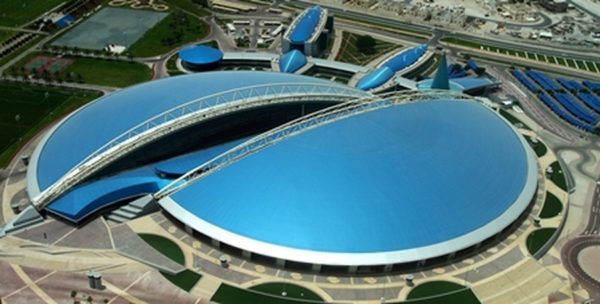 The world’s best swimmers are facing a conundrum. According to The Olympic Council of Asia (OCA), the 2023 World Swimming Championships, awarded by FINA to Doha, should take place in November. This option is currently favoured by the Qatari organisers because of the weather conditions. At this time of year, temperatures in and out of the water are around 24-25 degrees. Earlier in the year, they are too high for a swimming competition. In such a scenario, the Doha World Championships in 2023 would be the latest since the creation of the global event. So far, only one edition has been held in autumn, in Rome in 1994, when the competition was organised from 1 to 11 September. But, according to the swimswam website, such a schedule would not be without its problems for swimmers. The first is a collusion of events. The months of September to December are among the busiest for swimmers, with the ISL (International Swimming League), the FINA World Cup and the 25m World Championships, plus a handful of continental events. In addition, the time between the 2023 Worlds in Doha and the 2024 Paris Games would be reduced to just eight to nine months. A year had passed between the 2015 World Championships and the Rio 2016 Games, as well as between the 2011 World Championships and the London 2012 Games.