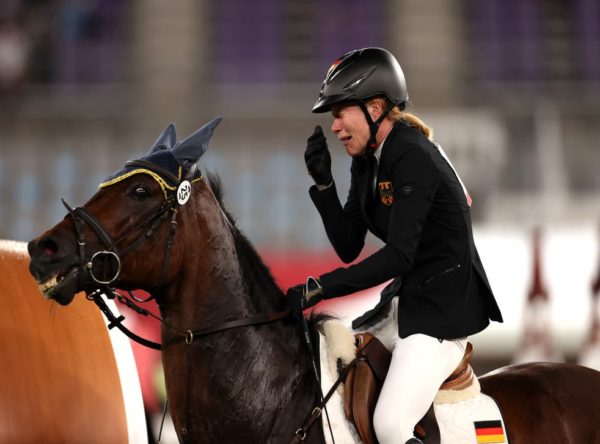 The verdict is in. It is rather lenient. Invited to examine the case of a German rider and coach guilty of mistreating a horse at the Tokyo Games, the Disciplinary Committee of the International Union of Modern Pentathlon (UIPM) has ruled. It concluded that Kim Raisner, the coach, had indeed violated the competition rules of the body by hitting a horse and encouraging her athlete to do the same. As a result, the German received an official reprimand. She could even lose her accreditation for future competitions, and even be banned from training, if she behaves violently towards a horse again. Kim Raisner will also have to attend a trainer training seminar, including a module on the humane treatment of animals, before she can attend any other competition. However, the UIPM was much more lenient with rider Annika Schleu. The German rider was found not guilty of excessive use of the whip and spurs. No disciplinary measures were taken against her. The UIPM explained in a press release: “The use of the whip or spurs was not excessive. And, while the situation was certainly distressing for both rider and horse, the jury concluded that there was no animal welfare issue.” At the Tokyo Games last month, Kim Raisner punched the horse Saint Boy, drawn by her athlete Annika Schleu in the modern pentathlon show jumping event, after the animal refused numerous times to compete. The rider, on the other hand, vigorously used her riding crop and spurs to shake the horse, before ending the event in tears (photo above).