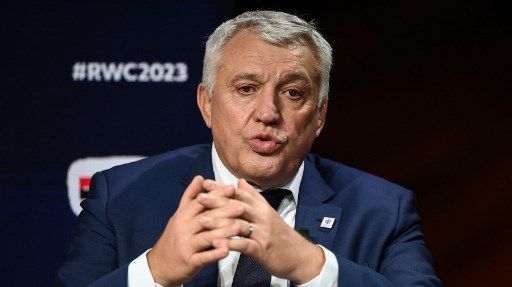 Deep malaise in the organising committee of the 2023 Rugby World Cup in France (8 September to 28 October). With just over a year to go before the event, an investigation published on Wednesday 22 June in L’Equipe reveals an “extremely deteriorated” working climate. The daily sports paper mentions, in particular, a “deep social malaise” and a “management by terror“, which has led to a series of resignations and anxiety attacks among the 70 employees of France 2023. The situation is serious enough to have led the Ministry of Sport and the Olympic and Paralympic Games to decide late on Wednesday to refer the matter to both the labour inspectorate and the ethics committee of the France 2023 public interest grouping (GIP). In a statement, the sports ministry said it wanted to “shed full light on this situation” and await the conclusions of these investigations as soon as possible. The French Rugby Federation (FFR) has announced that it will convene the economic and social committee of France 2023, “so that a social investigation can be carried out as soon as possible“. At the heart of the matter are Claude Atcher, the director general of the organising committee (pictured above), and his chief of staff, Marie Houzot. L’Equipe’s investigation recounts their methods, which were brutal and directive to say the least. One witness reported the insults Marie Houzot used against certain employees: ”You’re a dirty little cunt”, ”poor shit”, ”you won’t get anywhere if you don’t get your fingers out of your ass”. Another testimony reveals Claude Atcher’s very personal vision of the 2023 Rugby World Cup: “It’s my World Cup“, “it’s my money“, “without me, you are nothing“, “you are all incompetent“. Questioned by AFP on Wednesday evening, Claude Atcher did not wish to react, explaining that he wanted to “let the people in charge of finding the truth do their job“. The former third row will be tried next September, along with Montpellier president Mohed Altrad and FFR president Bernard Laporte, as part of an investigation into suspicions of favouritism surrounding the sponsorship of the French national team. Justice suspects him of having benefited, between 2017 and 2018 via non-existent services paid to his company Score XV, from a sum of approximately 80,000 euros embezzled by Bernard Laporte to the detriment of the FFR. For its part, the GIP France 2023 issued a statement in which it said it “takes the full measure of the situation“, but added that “Claude Atcher’s leadership and authority are essential to set and hold the course until the final closing of the Rugby World Cup“. Rather surrealistically, the statement continued: “The organisation of an international event such as the Rugby World Cup implies, de facto, a sustained pace of work within particularly tight deadlines, which are the norm in the events sector“.