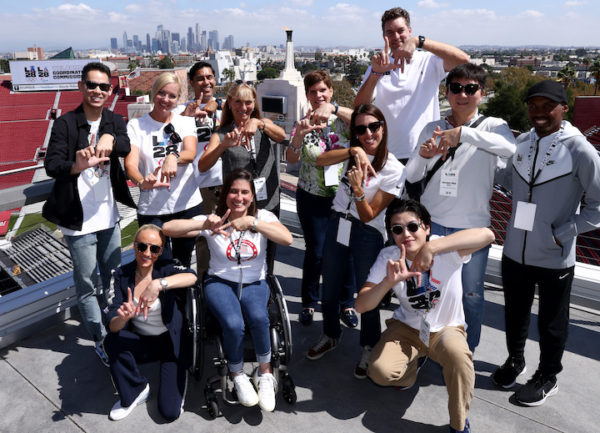 The wheels are in motion. With less than six years to go, Los Angeles hosted the first visit of the IOC Coordination Commission for the 2028 Summer Games this week. It was a three-day visit in real life mode, with a full delegation and a programme that included all of the must-sees. Led by its chairwoman, Nicole Hoevertsz, the Coordination Commission took a tour of the future competition venues, including the historic Los Angeles Memorial Coliseum, already used for the Summer Games in 1932 and 1984, the modernist SoFi Stadium in Inglewood, home of the Rams and Chargers NFL teams, and the UCLA campus, chosen to house the athletes’ village. “A beautiful mix of old and new,” suggested Nicole Hoevertsz. The California team took the opportunity to show the IOC delegation its most advanced files, including marketing with several new national partners and licensees confirmed in recent months, and the recruitment of the Organising Committee staff, currently numbering over 130. LA28 has also already announced the dates of the event: 14-30 July for the Olympic Games, 15-27 August for the Paralympics. Commented Casey Wasserman, President of the Organising Committee: “LA28 is preparing to host an extraordinary Olympic and Paralympic Games in Los Angeles. With six years to go, we have entered the traditional phase of Games planning and are preparing for an incredible event, prioritising athlete and fan experience and fiscal responsibility.”