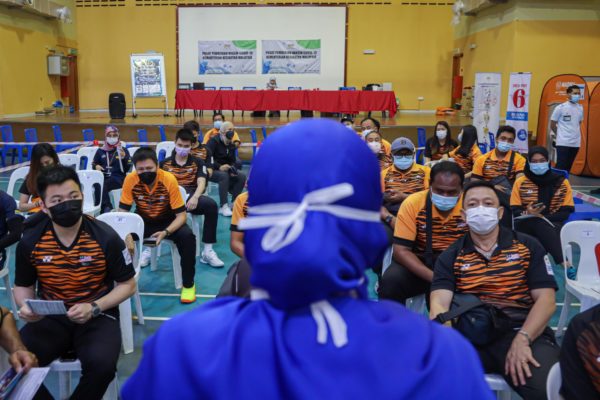 The study is late in coming, but it ends the debate. According to an investigation by Dr Saito Tomoya, director of the Emergency Preparedness and Response Centre at Japan’s National Institute of Infectious Diseases (NIID), the Tokyo 2020 Games did not cause the spread of coronavirus between participants and the local population. Positive cases were recorded on both sides during the Olympic and Paralympic Games, but they were not linked. The study conducted by the Japanese scientist reveals that the dominant variant of SARS-CoV-2 in Japan, AY.29, is likely to have originated from the original Delta strain that entered the country around May, two months before the Games. This variant is not endemic anywhere else in the world. “This means that there is no evidence that the virus has been spread to the rest of the world by Tokyo 2020 participants. And the absence of an outbreak other than AY.29 in Japan means that the virus strains that were brought by the participants did not spread to Japan,” explained Saito Tomoya. This is supported by the distribution of COVID-19 cases between athletes and officials on the one hand, and other accredited participants in the Games on the other. As the latter were largely Japanese residents living in or around Tokyo, the number of cases among them increased along with the local cases. In addition, the reproduction rate of COVID-19 in Japan, which had been rising since the beginning of June, began to decline around the start of the Olympic Games on 23 July. As a reminder, only 33 positive cases were recorded among the inhabitants of the village, for 11,300 athletes. At the same time, 464 cases of COVID-19 were recorded among the tens of thousands of accredited stakeholders.