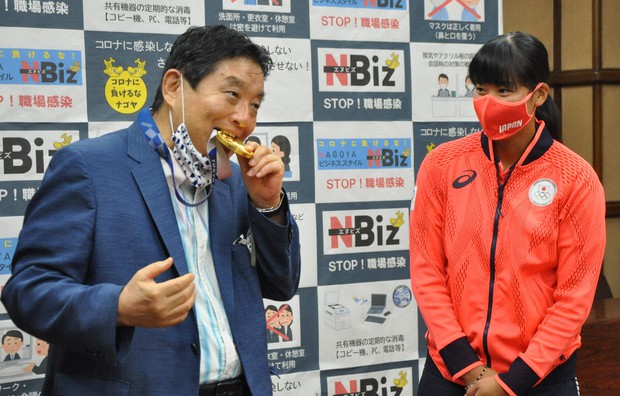 The story of the Nagoya mayor and the bitten Olympic gold medal is coming to an end. According to Kyodo News, the IOC, the Japanese Olympic Committee and the Tokyo Organising Committee have agreed to replace the medal. A new one will soon be given to Miu Goto, one of the players of the Japanese softball team, which won the Olympic title last month by beating the US in the final. The young woman agreed to exchange her precious award, bitten by the mayor of Nagoya, her adopted city, at a ceremony organised in her honour by the municipality. Takashi Kawamura, Nagoya’s first elected official, was heavily criticized and mocked after his gesture, which was pictured and circulated on social media. He apologised, explaining that he had acted without thinking. But the Toyota Group, which owns the softball team where Miu Goto plays, called the mayor’s attitude “inappropriate and extremely regrettable”. The Olympic organisers were more humorous, explaining on Twitter, “We just want to officially confirm that #Tokyo2020 medals are not edible!”