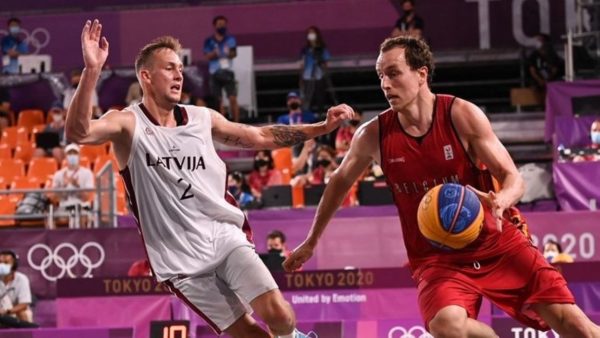 A strange case. Three bodies in charge of basketball in Belgium – Basketball Belgium, the Wallonia-Brussels Basketball Association and Basketbal Vlaanderen – have contacted the federal police’s sports fraud unit in connection with a case of alleged fraud in the organisation of fictitious 3×3 basketball tournaments. The facts date back to a period between August and October 2019. The fake tournaments were allegedly set up to enable the Belgian Lions to gain the necessary points in the FIBA 3×3 ranking, and participate in the qualifying tournaments for the Tokyo Games. “Basketball Belgium, the Wallonia-Brussels Basketball Association and Basketbal Vlaanderen have gathered the available information on the alleged fraud in 3×3 basketball and have discussed how to proceed with this case,” says a statement. “The federations would like to see a thorough investigation of this case and have contacted the Sports Fraud Unit of the Federal Police for this purpose. The criminal complaint is combined with an internal disciplinary investigation at Basketbal Vlaanderen”. At this stage, it is still only a suspicion of fraud. The Belgian 3×3 basketball team will therefore be able to participate in the European Championship scheduled for this weekend in Paris. “While investigations are ongoing, the information available is not sufficient to suspend certain players. The Olympic men’s 3×3 team will therefore participate, without any change in its composition, in the European 3×3 Championship taking place from September 10-12th in Paris,” the federation’s statement said. At the Tokyo Games, Belgium finished 4th in the 3×3 basketball tournament, a new discipline on the Olympic programme.