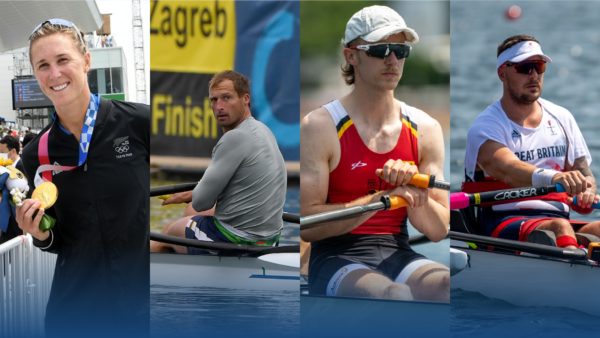 It’s done. The International Rowing Federation (World Rowing) elected the members of its Athletes’ Commission during the World Championships in Racice (Czech Republic) last week. For the first time, they were elected by the rowers present at the world meeting, for a four-year mandate. The Commission is composed of 10 athletes: five are elected by their peers, the other five are appointed by the World Rowing Council. Twenty candidates were in the running in Racice, where 547 rowers took part in a four-day ballot. The four elected were New Zealand’s Emma Twigg, Lithuania’s Mindaugas Griskonis, Belgium’s Niels Van Zandweghe, and Great Britain’s Benjamin Pritchard (pictured above, from left to right). The election of the fifth member, representing sea rowing, will take place next month during the World Rowing Championships in Pembrokeshire, Wales. The chairman of the Athletes’ Commission will sit on the World Rowing Council and Executive Committee.