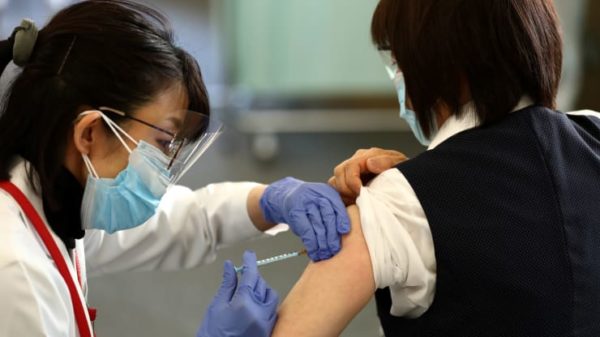 Tokyo Games’ organizers have never made a mystery of it: recruiting medical personnel is not their easiest mission. Which seems logic. But the Japanese government reportedly found a way to ease their task. It plans to mobilize doctors and nurses from the defense forces to work during the Games. Nobuo Kishi, the Japanese Minister of Defense, explained before a parliamentary commission that his services had received a similar request from Tokyo Games’ organizing committee. “We will try to coordinate our efforts to support both the Olympic Games and the operation of vaccination centers,” explained the Japanese minister, quoted by Kyodo News. With less than two months to go before the opening of the Games, several COVID-19 public vaccination centers were opened in Tokyo and Osaka, earlier this week. They are managed by doctors and nurses from the Ministry of Defense. According to Seiko Hashimoto, the president of the Games’ organizing committee, 230 doctors and 310 nurses will be necessary every day to ensure the sanitary safety of the Olympic and Paralympic event. To date, about 80% of the staff’s positions are reportedly already filled.