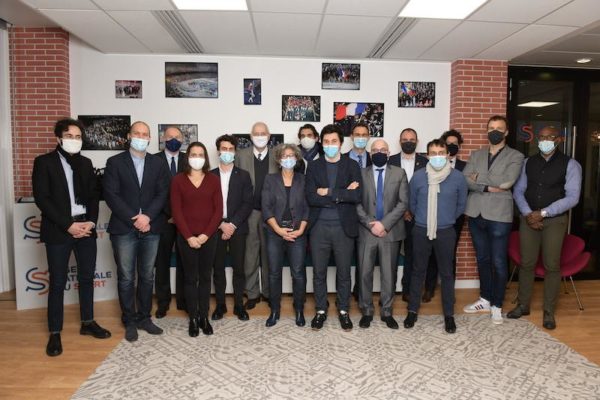 With less than four years to go before the Paris 2024 Games, the selection and funding process for future Games Preparation Centers (CPJs) is picking up speed. It will now be managed by the National Sports Agency (ANS). An agreement was signed Thursday January 21st between the French Ministry of Sports, SOLIDEO and ANS. It sets out how to use the €90 million envelope for future CPJs. Initially earmarked for the SOLIDEO budget, the funds for this investment program will therefore be allocated to the National Sports Agency. As a reminder, the CPJs must offer Olympic and Paralympic delegations, both French and foreign, the possibility of training in France under optimised conditions during the period extending from the Tokyo Games to those in Paris 2024. The authorities of territorial communities had until November 30th, 2019 to submit an application. Nearly 400 communities have been selected as CPJs, representing more than 500 centres and around 1 600 sports facilities. A catalog of offers will be given to the IOC and foreign delegations. It will be published in early 2021 and updated regularly until 2023. The choice of credit recipients will be made by a specific steering committee. Chaired by Frédéric Sanaur, the Director General of the ANS, it is made up of representatives of the Ministry of Sports (2), SOLIDEO, the COJO Paris 2024, the Interministerial Delegation for the Olympic and Paralympic Games (DIJOP), the association of decentralised state services in charge of sports, and finally the ANS (2). The operations financed will be the development, conversion, renovation or construction of sports and ancillary equipment, but also the acquisition of sports equipment necessary for optimizing performance. The projects must be commissioned no later than June 30, 2023.