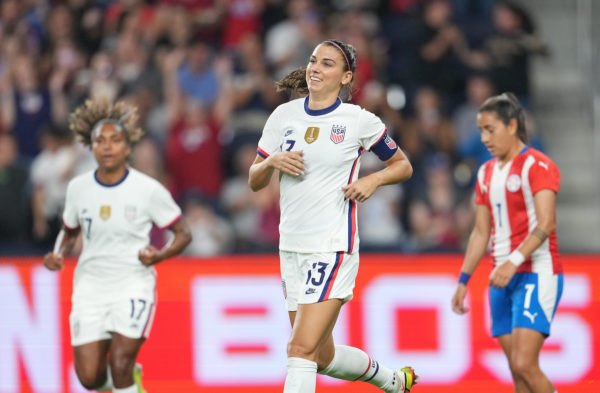 There is no doubt about it: a historic agreement, no less, was reached on Wednesday 18 May in football in the United States. The national soccer federation (US Soccer) finalized an agreement formalizing the principle of equal revenues between the men’s and women’s teams. The lawsuit filed against the body since 2019 by a group of international players has therefore been successful. A preliminary agreement was announced earlier this year, establishing the principle of equal bonuses and salaries. It is now set in stone. “The two CBAs, which run through 2028, achieve equal pay through identical economic terms,” the federation explained in a statement. US Soccer president Cindy Parlow Cone commented: “This is truly a historic moment. These agreements change the game forever in the United States and they have the potential to change the game around the world. The men have given up money to achieve this equality, so I think both the men’s team and the players’ association are to be commended. In detail, the new collective agreement provides for an identical bonus system between the men’s and women’s teams “for all competitions, including the FIFA World Cup“. It also provides for the first time for a mechanism for sharing commercial income, which is paid into a common pot and then shared equally between players. This victory for equality, which would have been difficult to imagine in football a few years ago, was welcomed by the American players. The president of their association (USWNTPA), Becky Sauerbrunn, gave credit to the “work done by the national team players on and off the field“. It was also welcomed on the men’s side, where one of the national team players’ association (USNSTPA) executive board members, Walker Zimmerman, suggested that the agreement could now “awaken others to the need for this kind of change, and inspire FIFA and others around the world”. The defender explained: “They said equal pay for man and woman  was not possible, but that did not stop us and we went ahead and achieved it.”