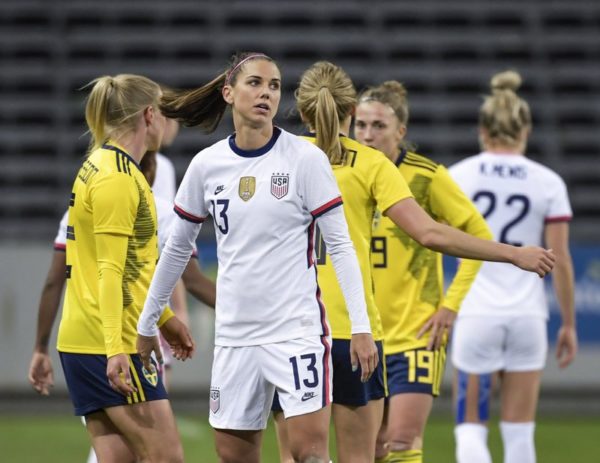 A victory for parity. A US judge in the Central District of California, R. Gary Klausner, approved Monday, April 12th, the agreement reached between the players of the US women’s football team and their federation (USSF) on their working conditions. The agreement was signed last December. It gives players the same treatment as the men’s team, including air travel, hotel stays, and the choice of training venues and support staff. However, for the reigning world champions, there was no question of being satisfied with this success. They want more. “I think we have taken a first step for women in sport” suggested Megan Rapinoe from Le Havre, where the United States faces France on Tuesday, April 13th in a friendly match. But US internationals have announced their intention to appeal in a lawsuit over pay inequalities with men. In a first verdict, rendered in May 2020, the same Californian judge rejected the players’ request to benefit from the same salary conditions. They claimed more than $66 million in damages under US equal pay laws. “We intend to appeal the court ruling on wage inequality, which ignores the fact that female players were paid at lower rates than men doing the same job“, explained team spokesperson Molly Levinson. Response from the American Football Federation: “We have offered the same compensation to the Women’s National Team as that provided to our male players for all matches managed by the Federation. Unfortunately, she did not accept our offer nor our long-standing invitation to meet with us to try and find a solution, unless we first agreed to bridge the gap between the men’s and women’s World Cup payouts, which are determined, controlled and paid for by FIFA. Our request to meet still stands and we hope the women’s team will accept it very soon“.