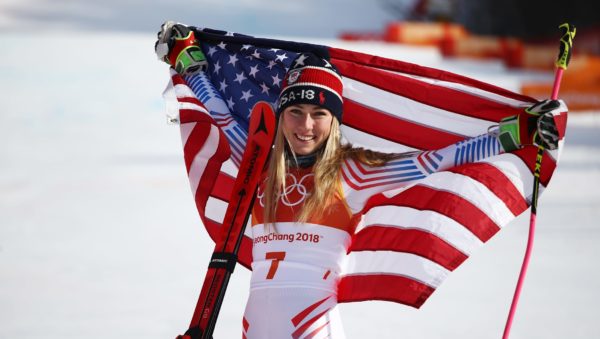 The health conditions and the vaccination requirement do not change anything: the United States will be present in numbers at the Beijing Winter Games. The National Olympic and Paralympic Committee (USOPC) finalised the delegation for the Chinese event on Monday 24 January. It includes 222 athletes, the highest number in the history of the Winter Games. At the top of the list is a solid gallery of winter sports stars, including skier Mikaela Shiffrin (photo above), already a double gold medallist; legend Shaun White, looking for a fourth title in his fifth Games; surfer Chloe Kim, who made her name at the 2018 PyeongChang Games; skater Nathan Chen; and the gold medallist in curling at the 2018 PyeongChang Games, John Shuster. In Beijing, the US will be present in all sports on the Winter Games programme, with its largest contingent in freestyle skiing, with 32 athletes. In total, no fewer than 18 of the American athletes selected for the Beijing Games have already won an Olympic medal at least once, 11 of whom have been gold medallists. Four Americans will be competing in their fifth Olympic Games: Shaun White and Lindsey Jacobellis in snowboarding, Katie Uhlaender in skeleton and John Shuster in curling. The delegation includes 54 first-time Olympians. With 115 men and 107 women, it was close to parity.