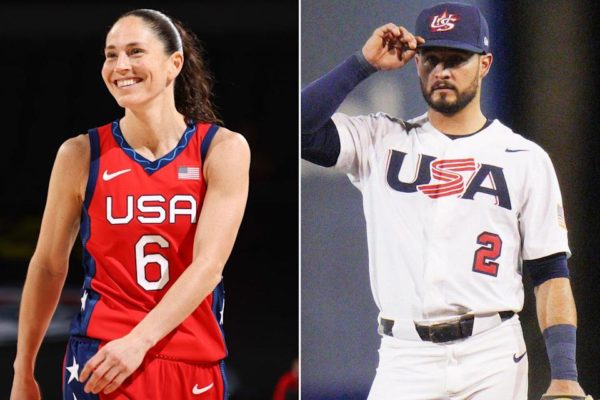 The Americans are used to it: they decide who will be bearing their flag for the opening ceremony at the very last moment. The selection is made by the athletes themselves, through a vote organized on site. For Tokyo 2020, the two elected are representatives of team sports. In accordance with the IOC recommendation, Team USA will be led by a duo composed of a man and a woman, on Friday, July 23rd, for the delegations’ parade: the basketball player Sue Bird and the baseball player Eddy Alvarez. Sue Bird, 40 years old, four times Olympic champion (Athens 2004, Beijing 2008, London 2012 and Rio 2016), becomes the first basketball representative to carry the flag since Dawn Staley in 2004. Less known, Eddy Alvarez can be distinguished for having participated in the Winter Games (team short-track), during the Sochi Games in 2014, where he won the silver medal.