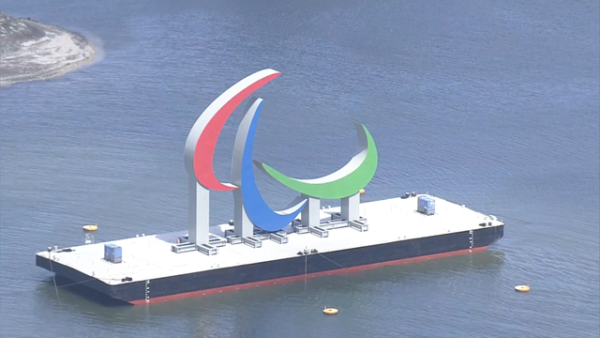 With just four days to go until the opening ceremony, the Tokyo Paralympic Games took on an even more concrete dimension on Friday, August 20th. A flame was lit the day before in the British city of Stoke Mandeville, the birthplace of the Paralympic movement. Around 100 people, including several former Paralympic athletes, attended the ceremony, which included a Japanese drum performance. The flame then made its way to Japan, joining all the torches lit throughout the peninsula to form a single flame. This flame, lit on Friday, August 20th, will be used as the cauldron for the Opening Ceremony on Tuesday, August 24th, at Tokyo’s Olympic Stadium. At the same time, a giant symbol of the Paralympic movement, the three IPC “Agitos”, was installed in Tokyo Bay where the five Olympic rings used to stand. It is 23 metres wide and 17 metres high. It will be on display until the end of the Paralympic Games on September 5th and will be lit every day from 7pm to 5am.