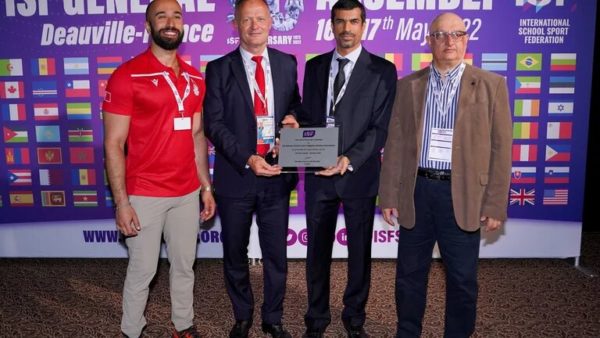 After France, it’s time for Bahrain. The International School Sport Federation (ISF) took advantage of the Gymnasiade 2022, which is taking place until Sunday 22 May in Normandy, to re-allocate the next edition of the multi-sport event to the kingdom of the Middle East, a country that has very recently become affiliated to the international body. The 2024 Gymnasiade was originally awarded to Russia. It was to be held in the city of Yekaterinburg, but the ISF withdrew the organisation in reaction to the invasion of Ukraine by the Russian army. In Bahrain, the 2024 Gymnasiade will begin with an opening ceremony at the site of the international motor racing circuit, used for the F1 Grand Prix. Held every two years, the Gymnasiade brings together school athletes aged 16 to 18.