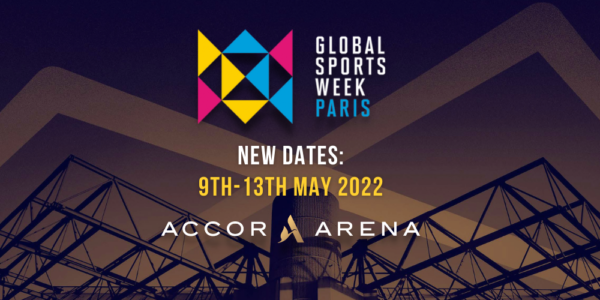 Global Sports Week Paris (GSW) is the latest victim of the health crisis. Its organisers have decided to postpone the 2022 edition by two months. Initially scheduled for 7 to 11 March, it will now be held from 9 to 13 May, in order to guarantee the event’s international dimension. Around 2,000 international participants are expected to attend the Accor Arena in Paris on 10 and 11 May. At the same time, thousands more will participate virtually in the event throughout the week via a dedicated digital platform. As a reminder, two editions of Global Sports Week have taken place since its creation: at the Louvre at the beginning of 2020, then in a hybrid format the following year, with events at the Eiffel Tower, Tokyo, Beijing, Dakar, Milan and Los Angeles. In addition, the organisers have announced the arrival of two new official supporters of the event, World Athletics and the International Cycling Union (UCI). They join UNESCO, the International Paralympic Committee (IPC), FIBA, FIVB, BWF and the World Federation of the Sporting Goods Industry (WFSGI). FrancsJeux has been a media partner of the Global Sports Week in Paris since its first edition.