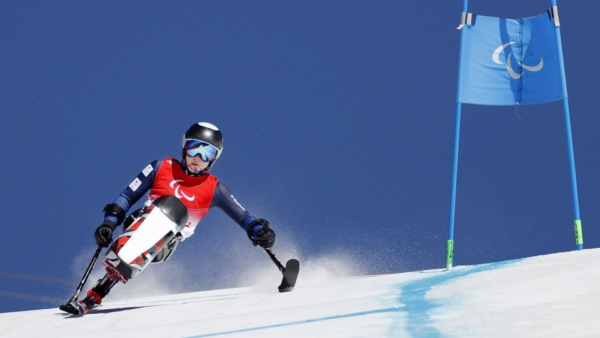 The weather at the Beijing Paralympic Games is getting milder. And with it, the prospect of worsened competition conditions, particularly in alpine skiing, with snow softened by the thaw. The temperature could reach 20°C by the end of the Games in Zhangjiakou, the venue for the cross-country skiing, biathlon and snowboarding events. As a result, the programme for the end of the competitions will be changed. The Chinese organisers announced on Wednesday that all the alpine skiing sessions had been rescheduled for between 10 and 13 March. The men’s giant slalom, scheduled for Thursday between 10am and 11.50am for the first run, has been moved forward by an hour and a half. The second run was also moved forward. The women’s giant, the following day, will follow the same schedule, with the start times brought forward by an hour and a half for both runs. The scenario was different for the slalom, with a shift of a whole day. The women’s event was due to take place on Sunday 13 March, the last day of the Paralympic Games, from 10.00 am. It is now scheduled for Saturday from 8.30am. As for the men’s slalom, it is going in the opposite direction. The initial programme had placed it on Saturday 12 March, at 10.00 am for the first run, then 1.30 pm for the second. It will finally take place the next day, Sunday, but at an earlier time (8:30 am and 12:30 pm). The snowboard programme was also reviewed and modified by the Chinese organisers.