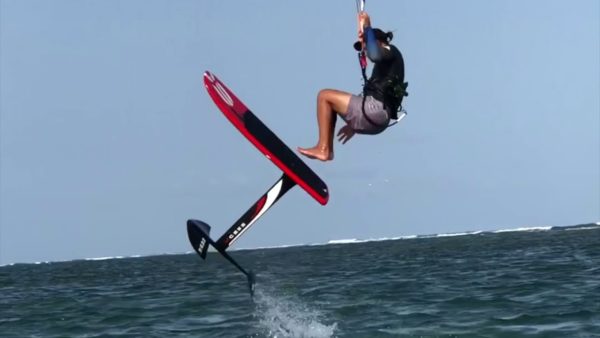 The Association of National Olympic Committees (ANOC) announced in a press release that the next two editions of the World Beach Games will feature at least ten sports or disciplines: open water swimming and beach water polo for swimming, beach soccer for football, beach handball, kata for karate, kitefoil for sailing (pictured above), beach tennis, aquathlon for triathlon, 4×4 beach volleyball, and finally beach wrestling. Additional sports may be added to these ten sports or disciplines, with the decision belonging to the local organising committee. The revelation of the programme comes on the eve of the opening of the call for bids for the 2023 and 2025 editions, scheduled for Tuesday, August 17th. The announcement of the candidate cities will be made during the next ANOC General Assembly in October 2021 (Athens). The choice of the two host cities for 2023 and 2025 should be announced on December 17th, 2021. Reminder: the first edition of the World Beach Games, the only one to date, was awarded to San Diego, in California. It was to be held in 2019. However, after the American withdrawal, the event was awarded to Doha, Qatar.