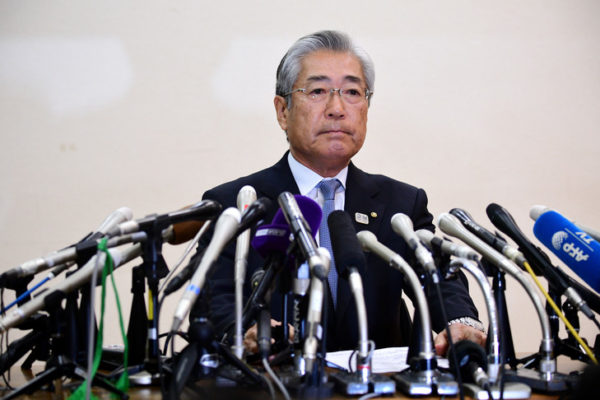 The investigation continues in Japan into suspected corruption related to the Tokyo 2020 Games. With, week after week, a new cast. The Kyodo News agency reports that the former president of the Japanese Olympic Committee (JOC), and ex-member of the IOC, Tsunekazu Takeda (pictured above) has been questioned at length by investigators. The 74-year-old Japanese leader was questioned as a witness. The questioning would have focused in particular on how Haruyuki Takahashi, the former boss of the Dentsu Group, the main defendant in the case, would have entered the board of directors of the Tokyo 2020 Games in June 2014, and on the influence he could exert there. Tsunekazu Takeda and Haruyuki Takahashi knew each other for a long time. They graduated from Keio University. The first of the two men was forced to step down as president of the JOC in June 2019, and at the same time as vice-president of Tokyo 2020, following an investigation into corruption in the awarding of the 2020 Summer Games to the Japanese capital. Tsunekazu Takeda is currently an outside director of a Japanese parking company, Park24 Co. which was a partner in the Tokyo 2020 Games.