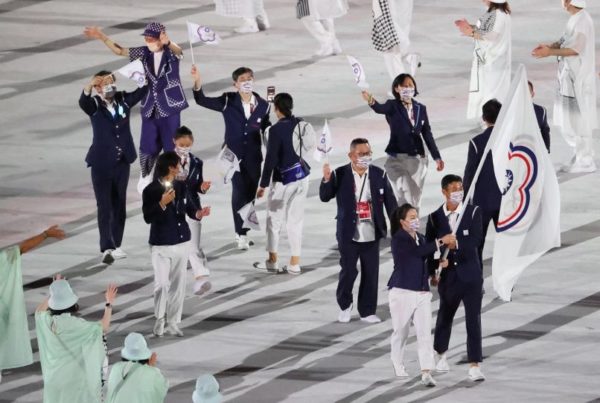 Surprising. A few days after announcing its absence from the opening and closing ceremonies of the Beijing 2022 Games, Taiwan has reversed its position. The Taiwanese Olympic Committee (CTOC) announced on its website that its delegation would be present on Friday 4 February at the Beijing Bird’s Nest for the opening of the Olympic Games. The CTOC has made no secret of the fact: its status change came after a clear clarification from the IOC. The Olympic body reportedly reminded Taiwanese officials that they should respect the Olympic Charter, which stipulates that delegations must participate in the Games’ ceremonies. CTOC says it was contacted by the IOC, which reminded it in detail of “the meaning of the Olympic Charter”. Officially, Taiwan’s initial decision not to march at the opening of the Beijing Games was justified by health and logistical considerations. The CTOC explained that its athletes would not be able to arrive in Beijing in time because of the limited number of special flights to the Chinese capital. But the real reason seemed more political. Taiwan did not like the recent statement by a Chinese administration official, who referred in an official statement to “Taipei, China” in relation to the delegation to the Beijing Games, and not “Chinese Taipei”, the usual name in the Olympic movement.