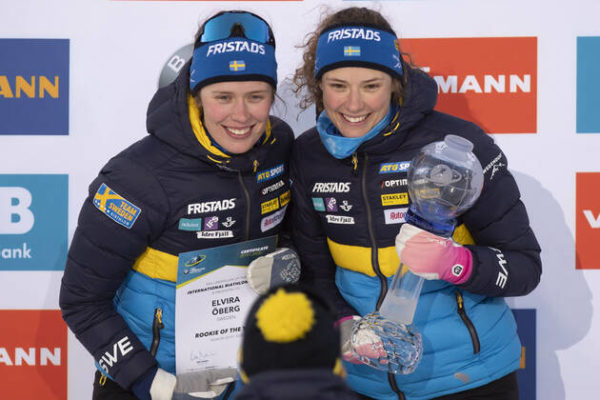 Health crisis or not, Sweden is thinking big for the Beijing Winter Games. Historically big. The Swedish Olympic Committee announced on Monday 24 January that it was sending a delegation of 116 athletes to China, the largest in its history for the Winter Games. Peter Reinebo, CEO of the National Olympic Committee, made no secret of the fact: “We have a large and strong squad and our goal is to make it Sweden’s best winter Olympics of all times.” No less. At the 2018 PyeongChang Games, Sweden won 14 medals, seven of them gold. Among the strongest podium contenders were skicross specialist Sandra Naslund, speed skater Nils van der Poel, biathlon sisters Hanna and Elvira Oberg (pictured above), and freestyle skier Henrik Harlaut. Sweden could also win several medals in cross-country skiing, but one of its selected athletes, Leo Johansson, was unable to join the last training camp before the Games, scheduled for Livigno, Italy. He tested positive for COVID-19.